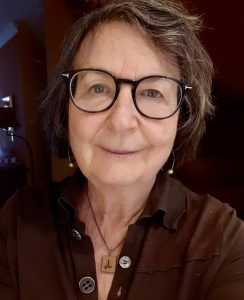 Judith Kalman is the author of Called To Testify: The Big Story in My Small Life released in spring 2022.

She is also the author of The County of Birches, which was a co-winner of the Danuta Gleed Award and a finalist for the U.S. National Jewish Book Award. Her stories, poems, and essays have appeared in Saturday Night, Descant, Prairie Fire, the anthology Celebrating Canadian Women, and the Oxford Book of Stories by Canadian Women.

Judith is a Toronto writer who was born in Budapest, Hungary and grew up in Montreal. She has also lived in London, England, Windsor and London, Ontario, and Grande Prairie, Alberta. She has a degree in literature from Concordia University and a Masters of Arts in English and Creative Writing from the University of Windsor where she studied under the American writer Joyce Carol Oates.

Children are often asked what they would like to be when they grow up. Judith would say that she’d become an English teacher who wrote books. She was close. Judith did grow up to write books, but she did so sporadically, while earning her living as an editor in educational publishing, and while raising her children while working from home. During her university years, she supported herself with a number of jobs: stockroom clerk, waitress, gas station attendant, nurse’s aid in long-term care. After graduation, she worked as a fundraiser for a historical museum, a paste-up artist for a small-town newspaper, and an on-site representative for a university offering distance education. None of these occupations–not even the work she did later as an editor in educational publishing–amounted to a vocation. Although Judith wrote poetry and stories throughout her youth and early adulthood, it wasn’t until she hit her fortieth birthday that she felt the ripple of nerves at the back of her neck that she used to get when a seminar deadline had loomed at university. Time was running out. She’d better get down to the business of doing what she had always felt she was cut out for—writing her stories.

Follow Judith on social media with the 2 icon buttons